0 Items
10 years later: Where we’ve been and where we’re going.
News In the classic film, My Dinner with Andre, actor Wallace Shawn listens intently as playwright Andre Gregory muses philosophically about the meaning of life and spins fantastical tales knee-deep in tribal rituals. The two met at a Manhattan restaurant in 1983 and spent hours dining and talking (well, Andre Gregory did most of that) well into the night, just a bit past closing time, and the resulting film is mesmerizing. I’ve seen it a dozen times and still find it stimulating and inspirational.

And then on April 24, 2013, I found myself dining, not with Andre Gregory, but with another Andre—Andre Paquin. And Andy Epstein…and Marty Shova…and Andy Brenits—all individuals who have volunteered their time and talents to serve as the president of InSource—to celebrate the 10th anniversary of the organization, which aspires to be the global network for in-house creative business leaders founded by Andy Epstein and myself in 2003. Over the past 10 years InSource has positioned itself as the network for collectively sharing professional experiences, knowledge and best practices that help empower in-house creative leaders to run their business most effectively.

I arranged the evening with five of the organization’s key leaders to take a look back at the early years and connect the dots to the current state of affairs. It also provided time for us to reconnect, break bread (with Andre’s favorite—chicken on a stick) and catch up on each other’s lives, careers and, more importantly, our personal connection with InSource over the past 10 years and what the future holds.

“It all started with a blind date”. That’s the way Andy Epstein described our first encounter. Melissa Singer, then a staffing agency recruiter, had been speaking to Andy, then the Creative Director at Gund, who was ranting about the challenges he faced as an in-house corporate creative and the lack of resources available to those trying to build and grow an in-house design department. Melissa recalled hearing the same rumblings a few weeks earlier coming from me so suggested we meet. Andy and I met together for a marathon lunch filled with passionate discussion around chargebacks, uncooperative clients, expanding workloads, shrinking staffs and so much more. We got along really well—and I discovered a kindred spirit in Andy. We both live in old Victorian homes built in 1890. We each have two daughters. At the time we both managed an in-house team of six designers. And our favorite typeface is Gil Sans. But although the companies we worked for couldn’t be more different in size, products and culture, we shared the same challenges and frustrations, as well as a burning desire to provide the best creative support for our internal stakeholders.

During that first conversation, we realized the ideas we tossed about would be of value to other corporate creative directors and that “if we built it (InSource), they would come.” So we quickly put up a website, began cold-calling neighboring companies in search for other in‑house creative leaders and organized our first event, hoping people would show up.

And boy, did they ever! Our featured speaker, Peter Philips, captivated the packed house with stories from his tenure on the corporate front lines around garnering respect and establishing trust for the in-house design team. That first InSource event was seminal—it was a coming-out party! Directors and managers from Fortune 100 companies were crawling out of their basement offices to find like-minded creative pros—it was like an AA meeting for in-house creatives! Remember: Ten years ago design industry publications and conferences were not addressing in-house issues, and no online resources were available. Graphic Design USA editor Gordon Kaye was one of our early champions who wrote frequently about the organization. We realized that we had touched a nerve and began filling that void. Not only was the event a success, but it was our first step in building a community. And the “groupies” that hung out afterwards eventually signed on to help establish the first InSource board of directors.

Also present at that inaugural event was Marty Shova, then creative director at Kraft. “Melissa Singer was also the one who told me about InSource,” said Marty. “I came to my first board meeting and said, ‘Look, I don’t know how much time I can give.’ One year later, I rolled up my sleeves and became president for the next 3 years.” During Marty’s tenure the organization continued to expand with a new website—an award-winning one at that—and exponential membership growth. In addition, InSource held regional events, with financial support from Aquent during these pivotal years. Board member Steve Benfield, creative director at SAS in North Carolina, hosted an event featuring Dan Heath, co-author of Made to Stick and Switch, and soon after an event in Florida was hosted by Publix creative director Tim Cox.

In 2008, InSource held an event at Fairleigh Dickinson University in Madison, New Jersey, on innovation. Andre Paquin, who had recently left “corporate America” to start his own consulting practice, was in the audience listening intently and became actively involved in the exchange of ideas. I approached Andre afterwards, which led to many engaging conversations; he was invited to serve on the board as Marketing Communications Director and eventually succeeded Marty Shova as President. During Andre’s tenure with a new VP Andy Brenits, then creative director at KPMG, new board members were recruited to reboot the business with fresh, innovative thinking, new branding, an updated website, a redefined membership model and, more importantly, a new mission and vision. Regional roundtable events on the value equation and career path for in-house designers, and partnering with The Boss Group and Cella Consulting led to the annual in-house creative services industry report (http://www.creativeindustryreport.com) helped further position InSource as the association for in-house creative leadership.

Andy Brenits, currently the creative services leader at Arizona Public Service, took over the reins as President soon after and along with VP Kevin Kearns, then creative director at Duke University Health System, continued to refine and solidify InSource’s brand, and expand its online presence. Through Andy’s leadership and with current VP Robin Colangelo, Global Director of Creative Services for White + Case, InSource has grown the membership to more than 3,000 strong worldwide, and attracted national sponsors such as Adobe, Mohawk, Neenah, Shutterstock, Graphic Design: USA and HOW to support the organization.

The InSource board is now comprised of 16 dedicated volunteers, all in-house creative leaders from around the United States, who facilitate a growing list of events and programs such as the recent “signature” event series with Massimo Vignelli and Paula Scher who shared their views on the in-house / outside agency relationship, another one of those big challenges in-house creative rant about. Notes from these events are sent to attendees and posted online for all members to take advantage of.

Over cookies and brownies, the evening discussion evolved into a full-blown ideation session

from blue-sky thinking to the implementation of practical ideas. Unlike the movie, My Dinner with Andre, our conversation was less philosophical around the meaning of life but more pragmatic on the future of InSource. Can the organization—one that already boasts a roster of top-notch speakers, including in-house practitioners and consultants—establish itself as an incubator for ideas and solutions to in-house challenges and be available not only to the corporate creative community but to the world of academia? Why not? InSource could potentially serve as a think tank and provide thought leadership to colleges and universities. In addition, speakers could be available to share their advice and real-world experiences with design students in informal workshops or master classes.

Current President Andy Brenits is very optimistic about the future with plans for a mentoring program where InSource would provide the means and tools for less experienced in-house managers to learn from experienced ones, and a meet-up toolkit for regional champions to facilitate local In-Source networking events, as well as the continued expansion of the InSource board. “We’re also exploring the possibilities of 5-minute video series providing easy access to best practices and ideas from creative thought leaders,” Andy said.

With members throughout the United States, Canada, Australia, Africa and South America, InSource has been able to engage people in a global design community via its online presence and is now exploring the creation of regional champions to broaden in-person opportunities for its members. It’s clear that InSource is in motion and will continue to evolve to better serve the needs of its core members—in-house design leaders. With all this positive energy, can an iPhone app be that far behind?

As the movie My Dinner with Andre comes to a close, Wallace Shawn leaves the restaurant, and during a reflective cab ride home he stares out the window as a lifetime of landmarks and memories quickly pass him by. That night, I had the opportunity to proudly look back over the past 10 years and recognize the turning points and milestones that helped define InSource and its efforts to build community among corporate creatives. Andy Epstein and I set it in motion and through the efforts of Andre, Marty, Andy B. and a bunch of talented, committed and passionate people, InSource is thriving. The dinner may be over but the conversation continues. Hungry for more? Visit www.in-source.org.

Glenn John Arnowitz is Director of Creative Services for Pfizer and co-founder of InSource. He is a contributing editor to a variety of design publications and frequently speaks at design and business conferences. As a designer, musician, writer, speaker, composer and actor, Glenn is always looking for new ways to scratch that insatiable creative itch. 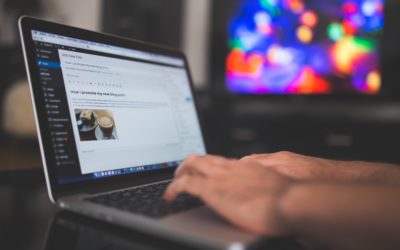 Interested in becoming a thought leader in the community? We want to hear about your latest experiences, tips and tricks, and best practices as an in-house creative leader. One of the perks we offer is a complimentary premium membership for all contributors. To learn... InSource is excited to announce that the 2021 Creative Management Survey is now open! This is our fourth year partnering with inMotionNow to conduct the survey and produce the report, which highlights the most pressing challenges facing modern creative teams, and... InSource is excited to announce the 2020 In-House Creative Management Survey is now open! This is our third year partnering with inMotionNow to conduct the survey and produce the report, highlighting the most pressing challenges facing modern creative teams, and...